Mythbusters: Is This Post-Communist Land of Vodka and Pierogies Secretly a Software Development Outsourcing El Dorado? (Hint: It Ain’t Russia!)

You know, from Poland?

…okay, maybe that last one isn’t too far off—from time to time!

Anyway, the image of Poland is sometimes reduced to the titular post-communist land of vodka and pierogies.

But do Poles deserve all that negativity? Are the preconceptions about our fellow brothers and sisters true? Or maybe there’s more to the story and we’re actually awesome in certain fields, like, say, software development?

Read on to find out, as we bust the myths about our nation one by one!

There’s this Polish saying from the previous century that goes, “Czy się stoi, czy się leży, tysiąc złotych się należy,” which loosely translates to, “Shut up and pay me, or I will kill you.”

Kidding! That’s not what it says. It’s more like, “Whether you’re sitting or you’re standing, a thousand zloty is expected.”

The point is, Poles are thought of as lazy bastards who will slack off at work whenever they can, then expect to be paid fairly and in full. Like so:

Well, that stereotype may have held water back in the Polish People’s Republic, when everything was a mess and nothing made sense, but these days, it couldn’t be further from the truth.

In fact, Microsoft News reports that…

Poles are the seventh hardest-working nation in the world

…with an average workweek of 36.4 hours and the unemployment rate sitting at 5.7%—one of the lowest in Europe.

With overtime rates of 50% or 100%—at nights, Sundays, and holidays—it’s also not uncommon for Polish workers to put in the extra hours.

Sooo… yeah, hate to disappoint, but Poles actually put a lot of other nations to shame with how diligent we are. Sorry! Better luck next time, prejudice! 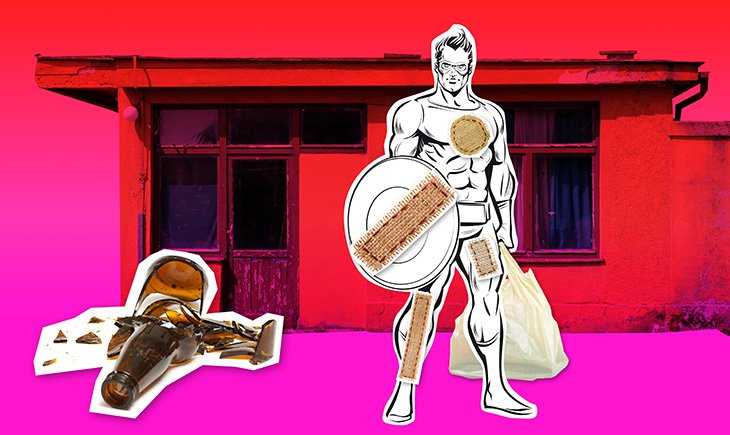 Hardly a pretty picture, no?

And 30–40 years ago, you’d be right to assume that that’s how a lot of places in Poland looked like.

Let’s make one thing clear: if it hadn’t been for the anything-but-glorious days of the PPR, we’d basically be Wakanda by now, mmkay?

That’s the thing about Poles, though: you can’t keep us down for long. Many have tried, all have failed. We’ve been making a comeback since 1989 and it is going great.

So great, in fact, that Poland was recently upgraded from an Emerging Market to a Developed Market.

This status change sort of speaks for itself, but in case you’re just dying to know what it means for our country and its future, our CEO was invited to a Bloomberg Live event alongside other C-level executives from Poland to discuss just that.

Here’s our TL;DR, and here’s the full panel:

Myth #3: Poles are dumber than a bag of rocks

If you start googling stereotypes about Poles, the most common one you’ll come across is that Poles are, how should I put this delicately… stupid.

To that, I can only say… whaaat?

Okay, first of all, we have a number of Nobel Prize winners in all categories, the most recent one being the brilliant Olga Tokarczuk for literature.

Secondly, 44% of Poles receive higher education as of 2018—a 12% increase from a decade before and close to the OECD average.

Finally, Polish specialists are in increasingly high demand, especially in the field of software development.

Polish developers are the third best in the world!

I was surprised we rank that high myself!

It’s safe to say we’re killing it in tech. We even have a member in the Python Software Foundation—and not just any member, but a Vice Chair on the Board of Directors!

So, no, our greatest national success isn’t The Witcher—although it’s a remarkable achievement in its own right.

An achievement of literature…

And if you need any more evidence that Poles are cool and smart, not lame and dumb, Keanu Reeves himself is going to be featured in CD Projekt Red’s upcoming video game Cyberpunk 2077. Yeah!

Aww, thanks, Keanu! But, really—you are.

Check out the Cyberpunk 2077 trailer below if you like. It’s a thing of beauty!

Myth #4: Polish is one of the most difficult languages in the world 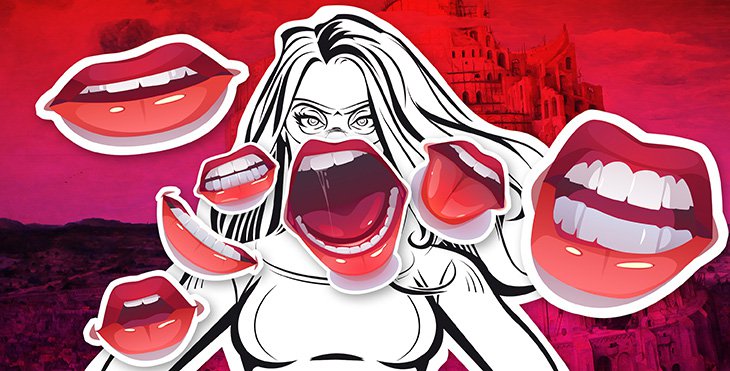 That… is actually true.

I mean, just look at this:

Polish consistently ranks near the top of every list of the hardest languages in the world ever. Kind of like the Boston dialect of American English is one of the most challenging:

But that’s all right. Not everything needs to be handed on a silver plattah, am I right?

By the way, linguistic difficulties aren’t the only thing Poland and Boston have in common:

It’s a whole thing. An inside joke, I guess.

Ask anyone, anywhere the first thing that comes to mind when they think of Poland, and 9 times out of 10 you’ll hear “vodka.” Or, you know, a certain word that starts with “ku” and ends with “rwa,” but that’s beside the point.

Our reputation as the world’s most shameless nation of alcoholics precedes us internationally wherever we go. It can get pretty annoying, actually!

Let me tell you straight away: that’s just hogwash. I, for instance, didn’t have so much as a sip the entire time I was writing this piece.

All right, fine, so we do like our drink. But we can stop whenever we like! Seriously. It’s not a problem. None whatsoever. Unless we have guests.

Really, though, most of that is just part of our natural charisma and hospitality. Never let it be said that Poles don’t know how to have a good time or go out of our way to show it to our visitors.

On that note, man, do we throw one hell of a party! And they don’t necessarily (always) involve (only) drinking. Take our annual Tech Power Summit event, for example, where education meets entertainment and fun is had with or without booze:

Apparently, some believe potatoes are the first and last ingredient of every meal we Poles make and eat in this agricultural wonder that is our country.

Nonsense! Traditional Polish cuisine has a rich and colorful history of variety.

…and last but not least, the crown jewel of our cuisine and symbol of national pride: the pierogies…

…all of which by complete happenstance are made or served with… uh… potatoes.

Okay, okay, so we do love our potatoes. Sue us!

Let me tell you, though: we cook the living daylights out of those spuds.

They’re versatile, easy to use, and go well with pretty much anything!

Dare I say potatoes are…

Oh, and you know what else is versatile, easy to use, and goes well with pretty much anything?

I mean, it’s not like we’re the #1 Python and Django developer in the world or anything:

Ah, yes, the eternal question on everybody’s mind (not really): where even is Poland, exactly?!

There. Nailed it! Not Russia. Gotcha. Page: same.

With pesky geography out of the way, we can move on to national symbols, such as, I don’t know, the flag!

No, not this one. Close, though!

I could go on and run the joke to the ground, but… enough is enough; you get the point. A lot of people get some basic stuff about Poland wrong. Big whoop. It’s fine. It’s fine.

So, yeah. Hi there. Pleased to make your acquaintance.

Just kidding… or am I?

Well, this is just false. I mean, I’m Polish, and you’re not reading this in Polish, are you?

Yet the stereotype persists. It’s not entirely without merit, since Polish is the first language for 97% of our country’s population, but over 20 other languages are spoken in Poland—most notably German, Russian, and of course English.

In fact, Poland recently ranked 11th in the 2019 EF English Proficiency Index, displaying “very high proficiency” in English. Granted, the vast majority of participants in the survey were under 40, but you gotta start somewhere, right?

I’d say our historical background gives us a pass there.

Speaking foreign languages—especially English—is essential in business. Without it, there can be no culture fit. We know it and you know it.

Thankfully, our clients know it, too:

Such a nice man. And check out that beard! Just beautiful.

Myth #9: Poles don’t have a sense of humor

Uhhh… Have you read this article?

To be clear: yeah, no. Some of us might be more sensitive to certain jokes than others, but on the whole we’re pretty chill about things and don’t have a problem making fun of ourselves.

In the words of the late, great Stan Lee:

Poles get a lot of bad rap, both abroad and within our own country. Some of it deserved, some not so much.

Sure, we’re not the most like-minded lot, we often sell ourselves short, and we have a tendency to make less-than-stellar (first) impressions. Fair enough, all true.

But there’s much more than meets the eye to this strange, little nation of ours. It’s like what Gandalf tells Frodo in The Fellowship of the Ring:

All right, it’s an imperfect comparison. But if history has taught us anything, it’s that Poles have an uncanny ability to adapt to new circumstances and overcome unexpected obstacles.

On that note—since you’ve spent all this time reading about Poles—what are your thoughts on meeting with two Poles and one Canadian?

Allow me to explain.

Our CEO, VP of Engineering, and Director of Business Development will be in Boston and New York on March 11–18. They’d love to get some face time with you and discuss building software together.

Let us know if you’re interested. We’re here to help you meet your goals, on time and within budget.

How to Audit the Quality of Your React Native Code: A Gentle Introduction (Free Step-by-Step Guide Inside)

Top 16 Fintech and SaaS Companies in the Nordics

Django vs. Ruby on Rails Framework Comparison: Which Is Better?

Software Development Philosophies: How to Develop and Implement Them

How to Build a Great Developer Experience: A Practical Guide

Python vs. C#: Comparison of Benefits, Differences, and Use Cases

Vue.js vs. React: A Comparison of Top JavaScript Frameworks

How to Set Expectations for Your Software Engineering Managers

Looker: How to Implement Business Intelligence Analytics Software at Your Company

How to Audit the Quality of Your React Native Code: A Gentle Introduction (Free Step-by-Step Guide Inside)
Code audits are essential for keeping your app development in top shape. They help you ensure that your code is up to par with the industry standards and that it’s easy for developers to maintain.
READ MORE
Top 16 Fintech and SaaS Companies in the Nordics
For the past 20 years, the Nordics have been at the forefront of applying modern technologies in our everyday lives, introducing such giants like Spotify or Skype. To this day, they’re hosts to one of the most impressively flourishing tech ecosystems in ...
READ MORE
How to Make the Most of Your First 100 Days as a Tech Executive
Companies often invest time and resources in their onboarding processes to give new hires a positive impression and get them settled in faster. But as a newly hired or promoted tech executive, you probably wouldn’t be onboarded if you’re joining a startup.
READ MORE