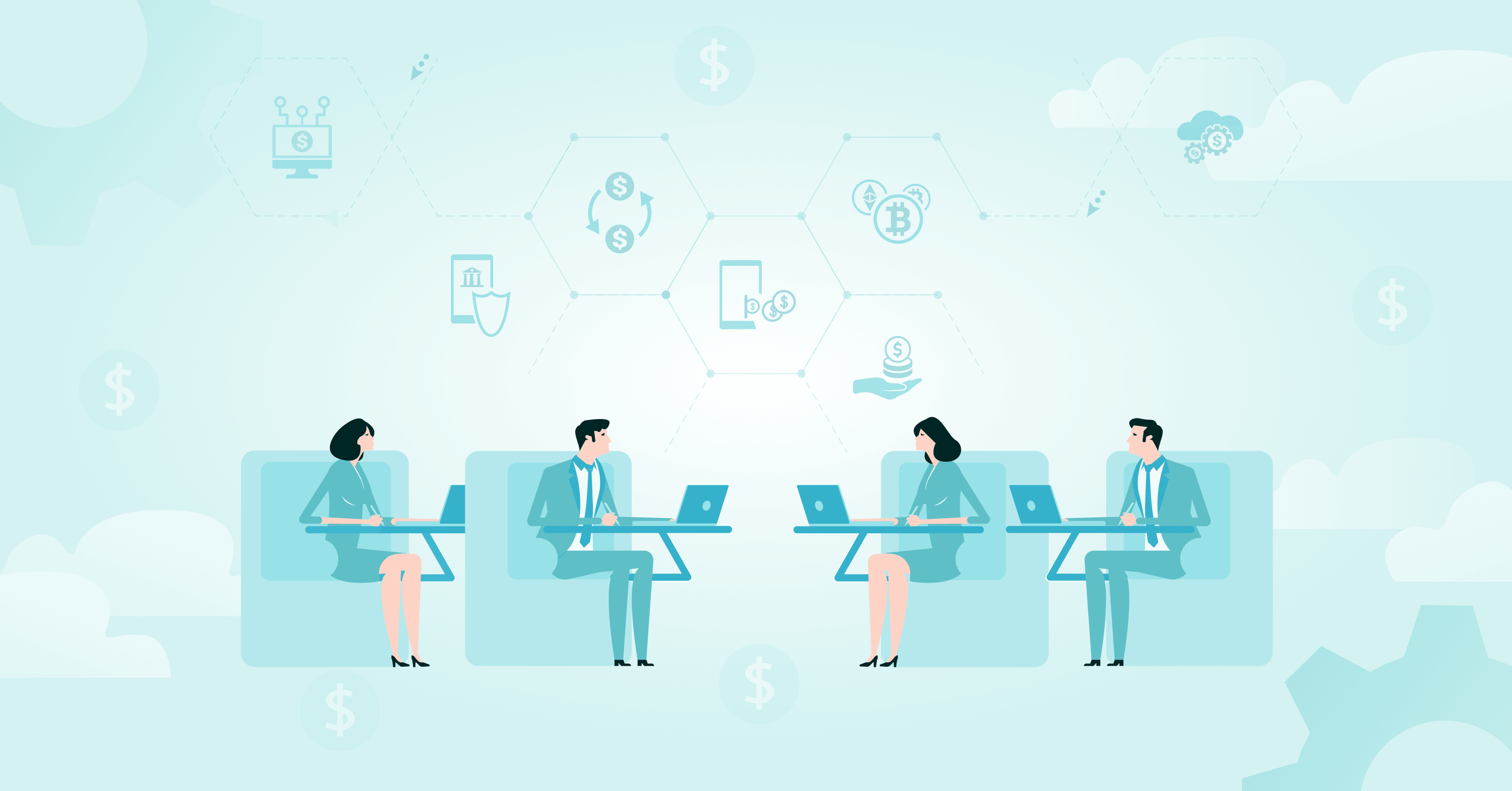 In the years before the COVID-19 pandemic, fintech adoption was doubling every two years, increasing from 16% in 2015 to 64% in 2019. The meteoric rise was attributed to the growing need for digital transformation in businesses of every shape and size.

Since 2020, fintechs have become even more crucial in keeping companies afloat. With online shopping, contactless payments, and e-banking on the rise due to the ongoing global health crisis, fintech is poised to keep growing and evolving. 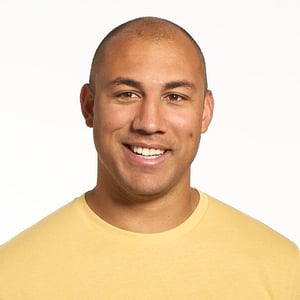 “The fintech landscape is almost unrecognizable now compared to even a year ago, and adapting to a quickly changing environment is key to being successful.”

What are the current trends shaping the financial sector? Read on to discover what everyone in fintech is talking about, identify opportunities, and get inspired by some of the global trendsetting companies.

The payments space has been one of the key drivers of change in fintech this year.

According to a Visa Back to Business study, in 2020, 78% of global consumers changed the way they pay, and 70% used a new payment method for the first time.

Although the need for safe and convenient methods of payment skyrocketed during the pandemic, the field had been experiencing a significant surge even earlier. For instance, 92% of Visa payments in Australia were contactless as early as in 2017.

"Convenience is a key driver for all customers, whether they be consumers or other businesses. We’re now accustomed to having everything we need at our fingertips, and financial institutions are embracing this change in behaviour by harnessing technology and developing more financial products for their customers."

On top of the shift from cash to (often contactless) card, alternative payment methods—APMs for short—have begun to take hold. They include digital wallets (such as Apple Pay or Google Pay), mobile wallets, pass-through wallets, cash-based vouchers, and buy-now-pay-later options.

This year, Google will launch GooglePlex, a banking app integrated with Google Pay that will allow users to make payments and manage their savings using a single application.

Chris Hadorn, who leads KPMG’s Global Payments team, believes that open banking in particular will drive increasingly integrated payment solutions. “It’s currently mandated or regulated in a number of jurisdictions, primarily in EMEA, but we’re going to start to see it make its way across the pond and into North America, which will further support and facilitate Banking-as-a-Service platforms.”

Cryptoassets, just like many other areas of fintech, were profoundly affected by the unfolding pandemic.

For instance, changes in monetary policies in the US, which were introduced to offset the economic damage of lockdowns, meant that individuals and institutions had been looking for ways to protect their wealth.

Over the last year, a number of large companies, including Tesla, Square, and MicroStrategy, have added Bitcoin to their balance sheets, and some banking institutions have begun offering investment products based on the cryptocurrency to their clients.

Dave Abner, head of global development at Gemini, a cryptocurrency exchange, thinks that the first half of this year has been a “breakthrough” in many ways. “There’s tremendous focus and attention being paid to [the crypto industry],” he says.

Some countries have even begun to actively consider granting them a legal tender status.

In June, El Salvador adopted Bitcoin as the national currency in the hope that the move would open up financial services to the 70% of the citizens who don’t have bank accounts and make it easier for Salvadoreans living abroad to send money home.

But as cryptocurrencies gain popularity, there has been a lot of talk about regulation and oversight. Lawmakers around the world are looking for ways to make cryptocurrencies a safe bet for investors while keeping cybercriminals at bay.

According to a report by Elliptic, cryptocurrency businesses and financial institutions must prepare for tighter regulations. “Those that fail to take appropriate steps now could find themselves in regulators’ crosshairs, risking large fines or penalties.”

With the aim of retaining customers and prolonging their so-called “lifetime value,” businesses of all kinds and levels of maturity are increasingly offering embedded finances.

For customers, the main appeal of the solutions has been convenience and ease of use. For instance, in the past, consumers who wanted to take out a loan to finance a purchase had to do it separately. It was virtually impossible for non-financial organizations to provide banking services of any kind.

With embedded finance, they can do so at the point of purchase. This was made possible thanks to the Open Banking movement, and its supporting regulations such as PSD2, which removed many of the previous barriers. 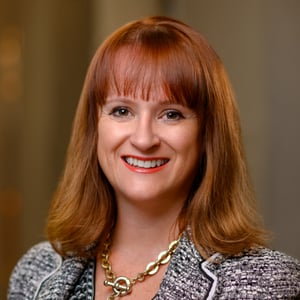 “Open Banking was the opening of the gate which led to Banking-as-a-Service and where we see the real excitement, Embedded Finance. This includes everything from being able to launch a credit card, integrate wage advancing and disbursements, right through to subscriptions, and the ability to pay any fungible asset and automate receivables.”

Railsbank, which promises to “make embedding finance into apps and customer journeys as simple as drag and drop,” has led the way in making financial products and processes digital. Murray said she believes “it’s fair to say we are seen as a pioneer and innovator in the industry. We are continuing pushing the boundaries of what is possible within a rapidly changing financial services industry.”

Experts estimate that the embedded finance industry could generate $230 billion in the US alone by 2025, and $7.2 trillion globally by 2030. That is more than the combined annual revenue of the top 30 banks and insurers today.

Mike Ross Kane, CEO at Hydrogen, believes that embedded finance is bound to be at the center of the digital-first financial sector and “for those banks who did get in on the ground floor, embedded finance represents a tremendous opportunity for expansion.”

4. The use of artificial intelligence and machine learning is becoming broader

Artificial intelligence plays a huge role in finance, underpinning a number of essential processes, from insurance underwriting to money laundering prevention. You might not even realize how many of the financial products you use on a daily basis are based on AI.

One of the hottest fintech trends this year that is likely to transform consumers’ relationship with financial products is autonomous finance. In short, it’s an algorithm-based financial management technology that uses artificial intelligence and machine learning to make financial decisions without direct human input. It does so by identifying patterns of behavior, collecting information about investment goals, and analyzing current ways of banking.

Autonomous finance is revolutionizing corporate finance in particular, which has traditionally relied on largely manual efforts, freeing up analysts’ time in the process. It’s already available in tools such as J.P. Morgan Wealth Management, Acorns, SoFi, and Ameritrade.

Artificial intelligence is also being used increasingly in identity verification.

According to Michael Van Gestel, head of global document fraud at Onfido, “There is no question that COVID-19 has catalyzed massive growth in identity fraud attempts, with industries like financial services disproportionately affected.”

The company uses AI-based technology to assess whether a user’s government-issued ID is real or fake, then compares it against their facial biometrics. The company provides its services to the likes of Revolut, Bitstamp, and Curve.

5. Sustainability is again in the spotlight

The COVID-19 pandemic and climate change have put even greater emphasis on sustainability in finance. After the events of recent months, there’s no going back to the old “normal.”

As the financial sector plays an integral role in helping create resilient economies and meeting ambitious climate pledges, it’s increasingly coming under scrutiny by concerned consumers who expect financial institutions to step up their game.

Companies such as Sustainable Development Capital LLP are already doing so.

This multinational investment management firm, which specializes in environmental infrastructure, focuses on bringing capital together with the most effective technologies to create solutions that are beneficial for the planet.

The company has a track record of positively impacting the environment by investing in green projects.

Another area where fintech companies can make a huge difference is the remittance market.

Worth over $500 billion annually, it’s dominated by traditional providers that charge high fees, are too slow to meet customers’ demands, and have limited reach in rural areas that need them most.

There are around 1.7 billion adults worldwide who don’t have access to a traditional bank account, whether from a financial institution or a mobile money provider, according to the World Bank.

One of the fintechs that have taken on the problem is Taptap Send, a UK-based company that lets people send money back home to Africa and Asia instantly and at very low prices, using a mobile application.

The company says that building its whole tech stack from scratch has allowed it to pass on lower exchange rates to its customers than the competitors.

With a focus on serving populations in some of the poorest nations on Earth, Taptap Send is working toward making the UN Sustainable Development Goal of reducing remittance costs 2030 a reality.

Marshmallow is the UK’s first car insurance provider to team up with ClimatePartner on a carbon offsetting program. The company says that sustainability lies at the heart of its operations.

Oliver Kent-Braham, co-founder and CEO of Marshmallow, told STX Next that “now, for every Marshmallow policy purchased we cover the carbon offsetting costs for the first 500 miles. Our customers don’t have to do a thing. We hope to see others in the sector follow suit shortly.”

Final thoughts on fintech trends in 2021

Unlike many other sectors, fintech has experienced significant growth during the pandemic. Although some of the trends shaping fintech today had begun before 2020, the changing economic conditions accelerated their adoption.

As many consumers demand not only efficiency and convenience but also sustainability and inclusion, financial service providers are taking note. The companies we listed in this article are prime examples of leadership, innovation, and championing of modern values.

For more fintech inspiration, head over to our blog, where you will find plenty of articles covering a wide range of topics within the financial sector, including:

If you work for a fintech company and need an extra hand to help with the technical side of things, let’s talk. In the meantime, feel free to take a look at our fintech clients’ testimonials.

R vs. Python: What’s the Real Difference Between R and Python?

How to Scale Tech Teams: A Short Guide for CTOs

Best Practices in Cybersecurity for Fintech Managers and Executives

How to Prevent Accidental Code Errors with ESLint, Prettier, and Husky

How to Build a Spark Cluster with Docker, JupyterLab, and Apache Livy—a REST API for Apache Spark

Python for Data Engineering: Why Do Data Engineers Use Python?
Python is one of the most popular programming languages worldwide. It often ranks high in surveys—for instance, it claimed the first spot in the Popularity of Programming Language index and came second in the TIOBE index.
READ MORE
Polyglot Programming and the Benefits of Mastering Several Languages
Why learn one programming language when you can master a few?
READ MORE
R vs. Python: What’s the Real Difference Between R and Python?
The swift proliferation of data into our lives has resulted in the rise of tools used to analyze and extract valuable insights from this information. Python and R are the two most popular programming languages used to dissect data. If you’re venturing on a ...
READ MORE